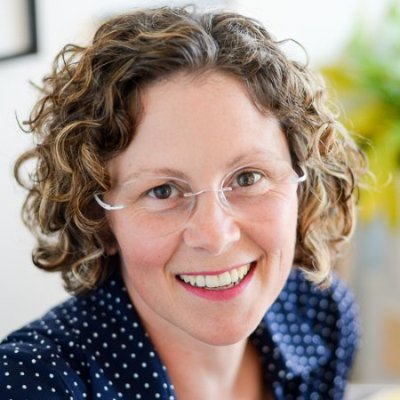 Do Your Employees Know What Gets Them Fired?

It sounded absurd to me, but apparently no one at Blink UX had any idea what gets him or her fired. “Oh dear,” I thought. “That’s a problem.”

I am proud of being open, honest, and transparent, but getting fired is not something I generally talk about. Until now. Now I actually enjoy the conversation because it is so incredibly clarifying.

It all started when talking with my friends from Marigold Associates. We were brainstorming new ideas to encourage employees to take more ownership in their work, with clients and within the company overall.

I was mostly wondering why more people didn’t naturally know how to “do the right thing.” Then it happened: Linda asked the question, “Do employees actually know what gets them fired?” I gave her a strange look and said, “Huh?”

“Is it clear what gets employees fired at Blink?” she reiterated. “Well, I guess not,” I said looking stunned. “It’s not something I talk about. I like to focus on where people are going, you know, 'visualize the future and move towards it' type stuff…”

Being an entrepreneur, one of my strengths is that when I recognize a good idea (mine or anyone else’s), I take it, and run with it.

Two weeks later I held my first-ever, “How to get fired” workshop at our weekly staff meeting. I have to say, it was awesome. It was interesting, enlightening, fun, and incredibly clarifying for most people, myself in particular.

What gets employees fired? I started by asking people to blurt things out. I then placed the things in or out of the box and had a separate board for “gray area” items — things that would not get you fired right away, but over three months or a year with no progress, would. We came up with terms and conditions for each of those items and then moved them over to the “firing box.” Some of these things included the following: no personal development over a year, not showing up for a meeting three times, and apathy – three months tops.

I didn’t have the slightest idea that people worried about things that were so clearly not in the box to me. One of them was leaving work suddenly to care for a sick family member. In my mind that was cause for a promotion, not for getting fired, but nobody knew that. Another was having a different opinion. Wow. That was hard for me to hear – I thought I encouraged that.

Most of the staff was in agreement for what should be in the box. Things like harassment, lying to a client, careless confidentiality breach, destructive behavior, and having a smoke in the office were some.

What was not in the box was more nebulous for people and took some discussion and convincing on my part. I heard some sighs of relief and a few people just couldn’t believe some of it was true. You can have a beer, a baby, a workplace romance, not have 40 client billable hours, get a low Net Promoter score and still, not even a chance of getting fired!

It opened up some amazing dialogue that would otherwise not have found a stage. And it sure feels good to get that elephant out of the room!

Karen is the Chief Executive Officer (CEO) and Co-Founder of Blink UX. Today Karen is primarily focused on Blink’s culture and employees, communicating the company vision, and setting the company’s growth strategy. Karen also wears the Chief Operations Officer (COO) hat and spends time speaking and writing. When not serving as CEO of Blink UX, you can find me organizing events to inspire young girls or training to become a professional kiteboarder.

Growing with Purpose Podcast: "Mailbag Episode — How to Thrive, Not Just Survive This Year" with Mackey McNeill