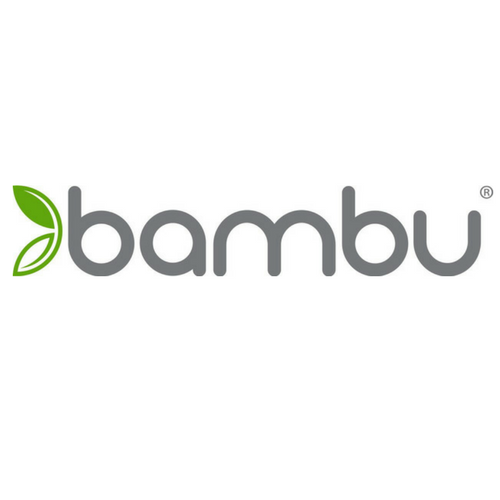 “We cashed in our savings because we believed in our idea,” says bambu co-founder and owner Jeff Delkin. “Now, we’re a start-up within a start-up. Others have followed our lead, replicated our products. But people can’t easily replicate our passion and execution.”

Jeff Delkin and Rachel Speth, founders of bambu eco-friendly homewares, have built a company around a larger mission to reduce our reliance on plastic by providing people with natural alternatives. Jeff and Rachel are both from Portland, but their previous, corporate careers — Jeff in advertising with Ogilvy and Rachel in product development and corporate responsibility at Nike — took them throughout Asia to live in Taiwan, southern China, and Thailand. These new settings introduced them to a world of renewable, native resources. They quickly became enamored with bamboo as a material and its range of uses in daily life.

“Coming from a Western perspective, we were excited and impressed to see this material being applied in a way we’d never seen before,” Rachel shares, “We kept asking ourselves, ‘How do we turn people onto this?’”

With the world’s largest source of bamboo in their own backyard, Jeff and Rachel had found a meaningful new line of work to explore. They began kicking around the idea of proving an intriguing business case study: Is it possible to create a profitable business that introduces people to affordable quality products made from renewable materials while also reducing our reliance on plastic?

Could they create a responsible, successful business that could serve as a case study for others?

They set out to begin learning about bamboo as a material. In 2000, Rachel resigned from Nike while Jeff maintained his corporate role. They spent the next two years traveling the region to deeply study the amazing qualities of bamboo. They got to know the intricacies of its important history, and they prepared to introduce this then relatively unknown material to the western world.

Early on, Jeff and Rachel partnered with their friend and entrepreneur Chris Kidwell, who provided financial expertise as they crafted a business plan. By 2003, they had the company idea, the research, and the drive to launch bambu.

Jeff moonlighted with bambu while Rachel led the charge. After two years, they decided to move from Thailand to Shanghai, China to source their bamboo locally and employ locally. Shortly after, Jeff left his job at Ogilvy to join Rachel at bambu full-time. With Rachel leading design and development and Jeff focused on marketing and branding, they applied their experiences from their corporate careers to create a business that reflected their personal values: local pride, sustainability, and creating products that benefit many with the least amount of environmental impact possible.

Bambu is an eco-friendly home goods company, designing, producing, and marketing homewares made from renewable materials. Because they live and work in Shanghai most of the year, Jeff and Rachel can work directly with their teams on the ground in China. They source their materials locally, and they work with local woodworkers, weavers, and stitchers to handcraft every item. But bambu’s commitment to sustainability extends beyond their physical products — it’s a quality that shapes every aspect of their business.

There’s a saying around the bambu offices: Everything matters. In part an expression of their commitment to continuous improvement, Jeff shares that the mantra also speaks to an attention to detail in how they conduct business. Their values extend to every aspect of the business: they care deeply about who crafts each product, how it is crafted, and the customer that receives it.

“When you hear about housewares made in China, most picture a huge factory packed with workers,” says Rachel. “But in our situation, our raw materials are locally sourced and our products are made in local woodworking workshops. A single cooking tool could be shaped and finished by up to six people. Our team prides itself on the quality of our products.”

As the pioneer in introducing bamboo into the Western kitchen and home, bambu received a warm reception early on. Jeff still fondly recalls a tearful hug from their first Whole Foods buyer 14 years ago, who told Jeff, “Wow, we’ve been waiting for you.” That was their starting point, and interest continued to grow.

Soon enough, they reached the critical crossroads that any successful small business knows well; that key moment when you must decide whether to go right or to go left. For bambu, that moment occurred when mass merchandisers came knocking. In a way, it felt like an indication that they had finally arrived — many voices around them were saying that in order to survive, they would have to go big. As Jeff recalls it, the advice was often, “It’s better to make a fast dime than a slow dollar.”

Jeff and Rachel began exploring the option of going big.
Almost immediately, something just didn’t feel right. They noticed that these merchandisers weren’t buying with the same intent in which bambu was producing. At times, they even felt a bit bullied by buyers and the sales reps that would make big commissions should a deal go through. As small business owners, Jeff and Rachel worried about protecting their workforce in China, about maintaining the integrity of their mission. Practicality immediately became an issue.  At the heart of bambu is the very process they’d have to change if they were to scale for mass production.

Take something as simple as labeling. In order to do business with big box stores, they’d have to label all products with specific ‘big box’ data, using that store’s interface system at their own expense. Based on a purchase order, they would then have to invest in the order, ship it, and warehouse it themselves. The buyers would then buy what they wanted, potentially leaving them with products they couldn’t sell because they were pre-labeled. What would that mean for their team of artisans in China, their employees in Portland, everyone involved?

In short, they learned that the commodity-based approach of mass merchandisers didn’t align with the tenants of their hand-crafted business. Their company values — from their commitment to fair wages and work conditions to the quality of their sourced material — added greater value to their product. In order to stay true to what really mattered to them, Jeff and Rachel realized they’d have to find a way to compete in the commodities market without compromising quality.

“When we started, we said we wanted to work with like-minded, caring people. And we think we’ve held to that,” says Rachel. “Yes, we’ve turned down business opportunities. But when you run a business based on principles, it’s about more than the deal. In the end, we opted for the slow dollar over the fast dime.”

14 years later, bambu is now a small global brand known for being a first mover in their category. They are a leading green company in homewares, they sell in over 8 countries, and the success of their products has inspired new competition. But Rachel and Jeff don’t spend much time looking over their shoulder — they keep their heads down and work on their business.

Without having to cash their chips in and go big box, bambu continues to grow.

Their growth strategy moves them into areas away from, but related to, their core business. While bamboo is their poster child, they work more broadly than a single material. Their growth is fueled by product-centric innovation, new channels of distribution, and bringing new renewable and recycled materials to market like hemp, coconut, certified organic cotton, upcycled cedar and cork. This expansion strategy has granted them enormous competitive advantage, because their new products stem directly from what bambu already knows and does well.

“We grow cautiously and carefully,” Jeff says, “We work hard to protect what’s important to the company.” They maintain a baseline of wages and conditions for their workers. They’ve retained the same producers they’ve had for 14 years. They annually certify their bamboo sources USDA organic. And they’re empowering employees to give back by providing paid volunteer hours at the charities of their choice.

Of all their successes, one of the most surprising is their relationship with Crate & Barrel, a retail chain with over 170 stores worldwide. Some may consider Crate & Barrel a mass merchandiser, but they do things differently. Since 2003, bambu has been working with Crate & Barrel to develop products specifically for their stores.

Unsurprisingly, Jeff and Rachel discovered their next big move in the same way they first discovered bamboo — by finding inspiration in their own backyard. In 2015, they decided to move back stateside part-time. Every chance they had, they found themselves outdoors, hiking in the Berkeley Hills or walking mountain trails in Bend, Oregon. After nearly a year of immersing themselves in the nature surrounding them, it became clear: bambu was a natural fit for the outdoor market.

Without having to grow in mass in the home goods market, Jeff and Rachel found where their core values could take them next. They’ve learned that utensil and cooking options for outdoor recreation are limited and largely dominated by plastic products. So, they’re bringing handmade, durable tools to the outdoor market, made with their eco-friendly, renewable certified organic materials. From pot scrapers to lightweight, reusable eating utensils, they’re aiming to change the way people interact with nature by introducing sustainable, sensible products into the market.

In this new space, they’ve found a kinship with like-minded people and organizations who are passionate about nature and the environment. New relationships have emerged, allowing them to collaborate with other companies on global causes they care about, like the protection of honey bee colonies, clean oceans, and healthy ecosystems. In May, they launch bambu Outdoor — and it’s all contributing to their larger mission: to reduce our reliance on plastic by getting consumers to buy differently.

Ultimately, building a values-driven business gave Jeff and Rachel the power to say no to decisions that didn’t align with their larger purpose. Instead, they’ve built a company that attracts customers who love their product and their philosophy — and their values remain their North Star. “We try to lead our business in a responsible manner, by putting a focus on product, people, and planet,” Jeff says. “Today, we’re in the best place we’ve ever been. We’re excited about where we’re headed.”

Created for people and planet and founded in 2003, bambu® is recognized as the first eco-conscious brand in the housewares and hospitality industries. bambu creates beautiful and natural products for cooking, serving and entertaining made only with sustainable, and renewable materials and responsible business practices. bambu designs for people who appreciate quality, design, simplicity, and natural beauty in their products. bambu has earned international design recognition from International Design magazine, Fortune magazine, and is a featured brand in Ecological Design, 1001 Eco Designs, and The Sustainable Design Book.

Brewing a legacy: Is employee ownership right for you?

Growing with Purpose Podcast: From "Un" to Fun with Conni Reed