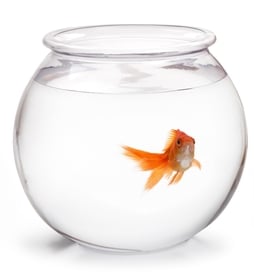 Growing with Purpose Podcast: "Take Care of the Person in Front of You" with Travis Slisher

On a very special episode of the Growing with Purpose podcast, the tables are turned and host Paul Spiegelman is in the hot seat!

In today's episode, Small Giants Leadership Academy graduate Travis Slisher interviews Paul about his life journey and shares with Paul the impact of the Small Giants Scholarship Fund, which allowed him to embark on a journey to grow as a leader.

Travis has a story that many emerging leaders can identify with: he believes in a different, more purposeful style of leadership but he often feels isolated in his beliefs. Where could he find training and mentorship that aligned with his values and would give him the right tools to grow himself and his organization?

"Then I discovered this community that I didn't know existed in Small Giants," says Travis. "I found what I was looking for here, and then Paul invested in me personally through the Small Giants Scholarship Fund. I want to thank him from the bottom of my heart."

This episode is a rare opportunity to hear directly from our co-founder about his early days building a business with his brothers, which eventually became BerylHealth, why he started the Small Giants Community, and the endeavors that give him a sense of purpose today.

Paul also shares formative family stories — like his father's experience leaving Poland right before Hitler invaded — and his urgent advice to people of all ages: if you're not fulfilled by the life you're in right now, do not settle.

In this episode, Travis has the opportunity to talk to the person who founded the Community that is impacting his life today and ask him anything he wants. They cover everything from mindfulness to firing clients to the current movement for racial justice.

Tune in to their conversation below.

[1:38] I Didn't Set Out to Be an Entrepreneur
[9:24] A Passion for Culture that Inspired a Community
[15:00] The Only Way to Learn Is to Ask
[23:15] Firing a Client to Protect Your Employees
[28:52] Supporting Entrepreneurs in Underserved Communities
[33:53] Living a Fulfilled Life Starts with You

You're the Greatest! by Francis X. Maguire

Want to make a donation and impact the future of purpose-driven leadership?