Growing with Purpose Podcast: "On a Mission to Make I.T. Fun" with Delcie Bean

On this episode of the Growing with Purpose podcast, host Paul Spiegelman talks with Delcie Bean, CEO of Paragus Strategic IT.

Delcie Bean started the company that became Paragus when he was only 13 years old. Although he didn't flourish in the traditional school environment, he found great success in entrepreneurship at an incredibly young age. By the time he was in high school, Delcie's business required an office space and employees of its own to meet client demand. Today, Paragus has become one of the most successful, fastest-growing IT firms in the region and was named a 2020 Forbes Small Giant: Best Small Companies in America.

Over the years, Delcie has worked hard to build a culture defined by fostering fun for employees and customers, a spirit of transparency, and humility. But that has also meant making tough decisions about transitioning out people who no longer fit the culture, and knowing when the organization has outgrown its talent. Delcie also believes in giving back to his employees: Paragus has a unique Employee Stock Ownership Plan (ESOP) structure that puts ownership of 40 percent of the company in the hands of its 50-plus employees.

In this episode, hear Delcie's (very) early experiences in entrepreneurship and how he built the award-winning culture at Paragus today. Plus, hear Paul and Delcie discuss the hardest failure Delcie has ever lived through and what he learned from it.

Tune in to Delcie's story below. 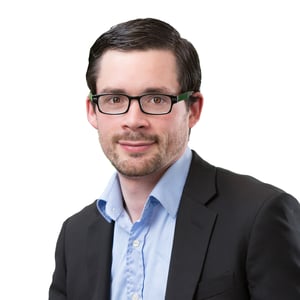 Book that Influenced Delcie's Leadership:
The E-Myth by Michael Gerber