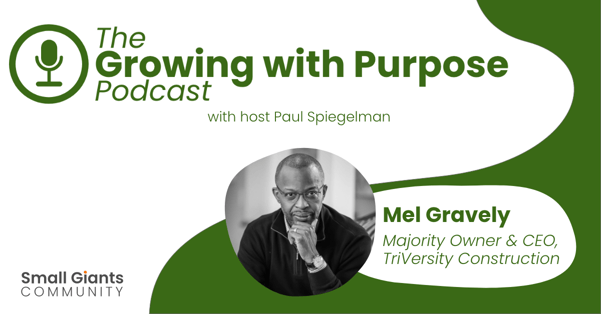 On this episode of the Growing With Purpose podcast, Paul Spiegelman talks with Mel Gravely, majority owner and CEO of TriVersity Construction. He is also the author of nine books, including his most recent, Dear White Friend.

As a self-proclaimed product of Affirmative Action, from an early age Mel understood not only that his presence as a black man in professional settings was met with negative perceptions, but also that the intentionality of inclusion offered him opportunities that the systems in this country would not have naturally led to. After a successful career at IBM, earning his PhD, and starting several other companies, Mel went on to lead TriVersity Construction, which is a consistent member of the Deloitte 100 list of the largest privately owned companies.

After writing eight business books relating to his PhD in entrepreneurship focused on African Americans, Mel felt compelled to contribute to the social justice movement with his book Dear White Friend (in which he intentionally left out his PhD). Through a series of letters to his white friends, Mel cites extensive research and data to support his own sentiments around race, and how our country’s history and systems have led us to this point in history, but has not prepared us for it. As he says, “If we can’t figure out how to talk about what we’re feeling and experiencing and what we see, how can we hope to solve it?”

In this episode, hear Mel tell Paul his approach to this book and what kind of impact he hopes it can have on future discussions around race. Plus, hear how Mel’s parents helped prepare him to be a successful leader, and what his definition of success is for his company.

Listen to Mel’s story below: 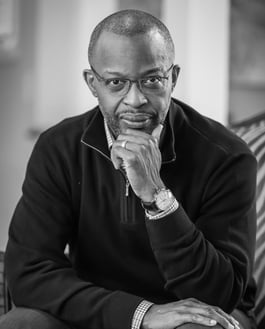 Want to connect with and learn from leaders like Mel? Enquire about our mentorship program, Sounding Board.