Wake Up Your Giant: Building a Conscious Culture 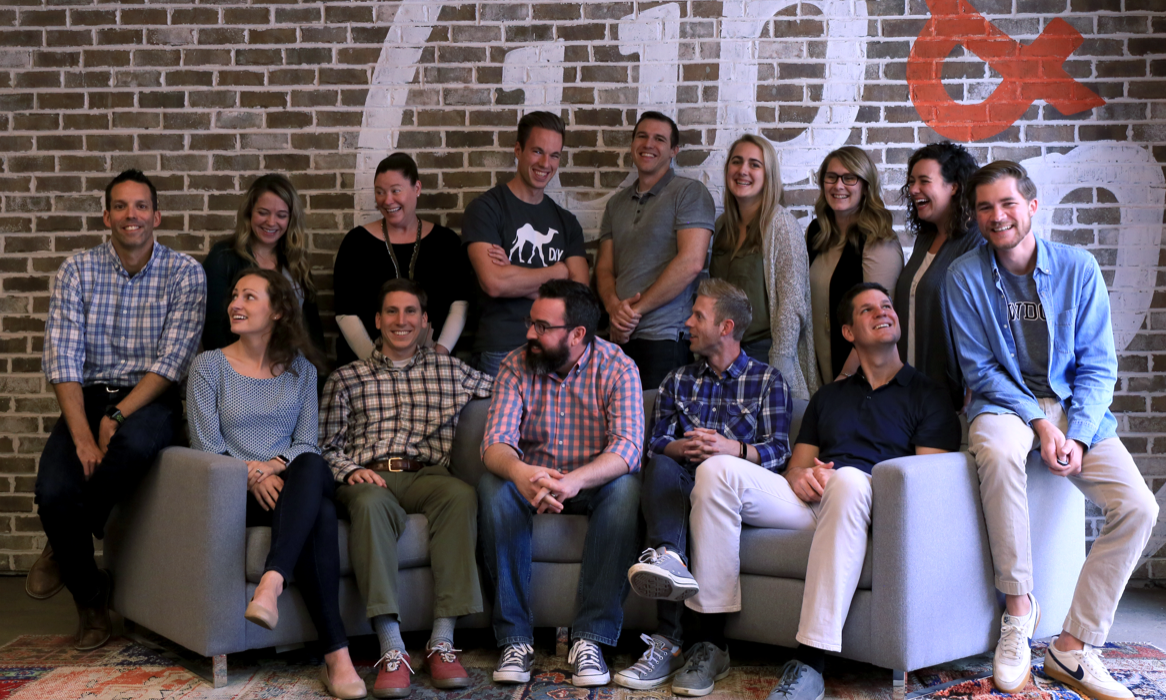 It was 2013. My then 11-year-old company, Up&Up, had plateaued. I was frustrated to say the least. Who was doing this? Why was this happening to me? I scrutinized employees, sales, clients — everybody but me. Until finally, one day, I had the sudden realization: “The problem is me...isn’t it?”

I had become the lid. For several years, I found myself bumping my head against a glass ceiling, and I was forced to look at and into myself. And I didn’t like what I saw.

My first objective was to get aware. Thankfully, I knew that I didn’t know what I needed to know, so I hired an executive coach to provide objective insight into my life. The realizations were shocking. After a coaching session, I wrote a post on the 12 points why the firm hit a ceiling, and another 7 points on why I was the problem. Me, the problem? That was a new paradigm for me.

My coach helped me develop an incredible amount of self-awareness. What I wanted, now that I had some self-awareness, was to become a better leader. I wasn’t looking for a quick fix, but more of a leadership philosophy. Something I could sink my teeth into, practice, and teach others — namely, my leadership team. What I found was profound, and little did I know it would change my life.

A fellow CEO flippantly recommended a leadership book to me, The 15 Commitments of Conscious Leadership. I dove into the book, and it took me about five minutes to realize this was exactly what I was looking for. I ate it up. My poor wife (and my leadership team) had to listen to revelation after revelation; how I’d been living 'To Me' and not 'By Me;' how I’d been committed to this or that instead of what I should've been committed to. It was a whirlwind. I finished the book quickly and I was ready for the next step. As I said before, my intent was not to just read a book and be done. I wanted more. I wanted to know how to implement this philosophy and have it stick. I wanted to become a better leader.

So I reached out to the Chicago-based Conscious Leadership Group — the organization behind the book — and I told them I had read it and asked if they could recommend a next step. I was surprised to get a prompt reply, but even more surprised with the message:

“Thanks so much for reaching out. Your timing is great as Jim Dethmer [one of the authors] will actually be in Greenville tomorrow with another CLG colleague and could have breakfast with you to discuss this opportunity before his all-day meeting. Are you free at 7 a.m.?”

Are you kidding me? What were the chances? Hell yes, I was free!

I met Jim and his colleague, Deb Katz, over breakfast. We talked about the book and the next step he recommended was for me to get coached by Deb.

And so Deb started coaching me. It was amazing. If I thought I had become self-aware with the first coach, I was sorely mistaken. In comparison, I knew nothing. Deb and the Conscious Leadership material ended up taking me to the deep recesses of my soul, helping me realize a level of transparency and vulnerability that I didn’t think was possible. It was scary, exhilarating, and fascinating all at the same time.

During my work with Deb, the first concept I learned was the 4 Laws of Leading. Just focusing on the first two laws (one of the main premises of the philosophy) is to move from a predominately "To Me" mindset to a "By Me" life paradigm. The "To Me" mindset is at the effect of the world. In this paradign, life happens to them. Often, "To Me" people have a victim complex. They aren’t responsible for anything, and everything happens to them. Before you quickly dismiss this as not you, really think about it. I was here. For instance, I was at the effect of a client resigning. Or a prospect not returning a call, or an employee leaving for another opportunity. None of these things were my fault — they were just happening to me...or were they?

The 15 Commitments are leadership behaviors and values that help one shift from a "To Me" paradigm to a "By Me" paradigm. I slowly began to see that by applying the first two commitments, Radical Responsibility and Curiosity (versus being right), I could live and lead more consistently, as "By Me." Meaning, I could shift from being a victim of life to being a creator of my life. Suddenly, I looked at a client leaving, or a prospect not returning a call, or an employee leaving for another company, as a learning opportunity. Instead of getting defensive or passive aggressive, I could be open, curious, and learn.

A Conscious Culture from the Inside:Out

After about 15 months of self-awareness work, coaching, and beginning to practice The 15 Commitments of Conscious Leadership, I felt like I had woken up. I started seeing all sorts of things. Mainly, I saw limitless opportunity. I also saw a world full of victims (my company was full of victims, and I had been the Chief Victim!).

A second realization dawned on me: I had transformed myself (to be clear: it’s a journey, not a destination), but now it was time to transform my company’s culture. Up&Up was not going to be unconscious. We weren’t going to be a victim to the economy, clients, prospects, competitors, or any other excuse. No, we were going to become a "By Me" culture; one that is Radically Responsible and Radically Curious.

Today, we’re on the journey to waking up. It started with me, and then I pulled in our management team of seven. We all read the book. I personally became certified as a coach (a year-long process), and I am coaching each member of the leadership team on a monthly basis. We also partnered with the Greenville Hospital System, which now provides us with a facilitator to lead a Conscious Leadership forum once a month. Our entire company has been practicing Conscious Leadership for over a year. At our latest holiday party, teammates shared that Conscious Leadership has been the coolest thing we’ve ever done and that for many of them, it’s changed their lives.

Because of Conscious Leadership, we went from a mediocrely-run business to a very well-run business. Our daily tasks are enjoyable and fulfilling, our employees are super engaged, and our work is extremely meaningful. Through Conscious Leadership and coaching, I transformed myself and my leadership abilities, and Up&Up is transforming itself into a Conscious Culture. We may be a small company, but we woke up our giant. Now the question is: are you ready to wake up yours?

Adam Landrum, CPC, is the CEO of Up&Up, a marketing agency for Higher Education. Adam is also a certified professional coach and the managing principal of Big Blue Sky Coaching, an executive coaching firm that helps CEOs and executive teams wake up their giants through radical self-awareness and establishing the practice of the leadership philosophy of Conscious Leadership. Adam resides in Greenville, South Carolina with his wife of 20 years and their four children, ages 16 - 10.