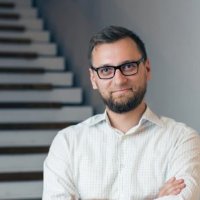 We Are What We Learn: A Unique Approach to Individualized Employee Development

Once upon a time, in a land far, far away, two youngsters decided it was high time they founded a company, despite being in the midst of the dark ages of entrepreneurship in Romania. What comes next is our story, a story of how we embarked on an entrepreneurial adventure that would show us what choosing to grow with purpose brings.

First, a quick introduction. Our company, Thinslices, emerged in 2010 and specializes in complex product development. We work with startups and entrepreneurs from the United States and Western Europe in what we call “the 0 to 1” product development phase. We meet with experienced people who have an idea for revolutionizing their industry and want to create a software product out of it. Then, we work with them from concept all the way to product/market fit, which includes business model, visual design, and software development for the web and mobile applications.

This is where our fairy tale begins. At the end of 2014, Thinslices finally achieved 1M EUR in yearly revenue. That represented the first major milestone of our existence. It was like  achieving the impossible, given the economic and social context that we were living in. The entire company is based in Iasi, one of the largest cities in Romania. Iasi is one of the last cities on the EU border and a part of post-communist Romania, where 10 years ago there were no proper roads, a weak railway system and the airport could hardly be called an airport. In short, Iasi had a bad infrastructure for businesses.

After achieving 1M in revenue, we naturally started to consider what the next phase of growth would look like. We embarked on a very diligent strategy planning exercise with the goal of growing company revenue by ten times (10x), up to 10M euros per year, within the next five years. A pretty bold move, given our context. To meet our goal, we knew we had to grow fast and agile. We decided to invest in learning.

As we strategized, we reflected on what mattered most to our success. A key part was getting to a place where we could acquire competencies quickly and reliably across the team. We realized that in our company’s history, in the rare occurrence that someone would be asked to leave the team, it was because of their lack of personal and professional development. We finally formalized and instituted learning as a rule. It was really going to be “Up or Out” from this point forward.

Don't Be a Stranger to an Agile Approach

Although none of us are instructional designers and we don’t have a PhD in learning and education, we designed a learning process based on practices and tools from our day-to-day work as mobile app designers. Essentially, that meant that we used SCRUM, a very lightweight, agile project management methodology. We used it in combination with Jira, a very popular tool for managing SCRUM projects.

We created a project in Jira for every team member and asked them to input all of the learning items that they needed or wanted to focus on. As a mandatory process, everyone had to plan every two weeks what they intended to learn in an upcoming sprint (a SCRUM term for focused, and regularly repeated work cycles), and what they intended to learn in the sprint after that. This practice became important for us because it made learning a priority for our people and habitual in nature, not to mention approachable considering we used a framework our organization was familiar with.

Focus on Creating a Learning Behavior

Truthfully, we didn’t care about the type of content people were putting in the backlog. We were more interested in people developing the behavior of constant learning, and asked that everyone take notes as they were studying.

For every learning item, they would write a summary of skills learned that would become a page in our internal Wiki. This practice turned into a nice, positive dynamic for our team. For instance, if I were reading a sales book and I thought someone  in the project management department would find it interesting, I would put their name in my notes. This person would get a notification and could take my summary and put it in their learning backlog. In the next sprint, they would read my notes and if they found it interesting, they would go ahead and read the book. It started a positive, virtuous cycle.

The third element of our process to ensure this method became a behavior was monitoring three KPIs at a time: 1. Have you learned for 5 hours/week in the past week? 2. Do you have a next sprint planned? and 3. Did you take notes?

Creating the Learning Context on Both Sides: Company & Employee

The “5 hours of learning per week” was made a mandatory requirement for everyone on the team. We also created the context for these five hours of learning by offering 10 paid learning days per year. There were a few conditions: you had to tell your team a week before taking a learning day. No chunks smaller than four hours were allowed and learning days didn’t accrue over time. You couldn’t take two weeks for learning at the end of the year. But you had the liberty of saying what learning is: going to a conference, delivering a presentation at a community event, etc. It had to be made with intent and you had to deliver the results. The company was making a contribution of company time, but there was also a significant time contribution from the team member, creating dual accountability.

What We Began to See

Four months after first implementing the process, we did a survey and got unbelievable results. 87% of our team members were maintaining a healthy backlog and had developed a new learning habit. 76% of team members declared that they learned more as a result of the learning process. We also had 1500 pages created in our Wiki and received this piece of feedback from one of our team members when asked what they liked about this learning process: ”The fact that we are actually learning. Reading one book every two weeks is super.”

Their statements were a big motivator and we were able to see the progress of our team. This is what Jira, SCRUM and monitoring the process gave them: seeing - on a chart - how they were completing their learning items, how they were acquiring knowledge, and how they were becoming better.

Needless to say, there was also a pretty significant impact in terms of employee engagement. After going through the initial change process, employee engagement took a steep upturn. We’ve been measuring it every week using OfficeVibe for about a year and a half.

We also noticed that people were spending a lot more time reading. That meant they were getting energized in an atmosphere of experimentation and knowledge sharing. Our employee turnover reduced dramatically. Our learning process became the basis for a lot of other things we did after that: rethinking our values, implementing open salaries and performance evaluation policies, etc.

18 months later, we have an incredibly committed team and we’ve grown to about 70 people. We set out with a goal of closing 2016 with a revenue of 3M, and we are pretty close.

In August 2015, we started looking for a solution to help us manage our learning process in an easier way. We found a list of around 3,000 learning management systems, but almost all of them were focused on content, and we cared more about the process and the learning habit.

So, I decided to work on an internal tool during my summer holiday. My wife was obviously thrilled (not!) about me spending a lot of time writing and wireframing during our vacation in Italy. But, in December 2015, I pitched the first draft -  some simple wireframes and a business model - to the Thinslices team. I got a lot of support and we decided to develop this as a standalone product, not just as an internal tool. That idea would become Teamfluent, a cloud learning management system. The twist in our LMS is that, beyond building a great user experience, we would focus on helping the company and teams build a culture and behavior of continuous learning.

We are now building Teamfluent. We feel lucky to already have a head start from our experience building Thinslices using the practices of open book management, transparency, values, the Small Giants philosophy, EOS and many other great ideas we’ve learned through the Community...and, after serious research, we are confident Teamfluent will help companies increase employee engagement and development and live happily ever after.

Ilie is a dedicated member of the Small Giants Community, and a true values-driven leader. He currently serves as CEO and Co-founder of Teamfluent, a cloud-based learning management solutions firm based in Romania.

The 2022 Small Giants Community Summit: A Reboot to Remember

Growing with Purpose Podcast: Learning Through the Ups and Downs with Valerie Webster

Inside Out: How to Market Your Cultural Story Consistently